16 Jul Mobile Apps vs Web Apps: How to Choose the Right One

Mobile Apps vs Web Apps: How to Choose the Right One

What do we mean when we talk about web apps and native mobile apps? At a glance, we are inclined to believe they are the same thing. Well, this is a common misconception.

Even though they sound similar and can even look similar, web apps and native mobile apps have core differences that range from development to deployment. So, let’s take a closer examination of each.

Let’s start by clarifying what each of these two terms means:

A web application is an app that works online in any web browser. You typically need to install them, and they update automatically. An example of a web app is Grammarly, and another is AdBlocker.

Native mobile apps, on the other hand, are the apps you download to your phone via Apple store or Google play. They can only be used and viewed from your phone. They are called “native” because they are built specifically for one platform (an iOS app cannot be used on an Android device and vice versa). Some popular apps on the market are Instagram, Snapseed, Uber, and Waze.

Another great distinction between the two is that web apps require an internet connection to run. Opposite to this, mobile apps can sometimes work offline (like Snapseed, for example).

One of the downsides of mobile apps is the need to update them every once in a while, whereas web apps update independently.

Are you wondering which one of these two options is the right one for you and your business online? Let’s take an even closer look at each of them to help you decide!

If you use WordPress for your website design, you surf through thousands of templates that you can customise to your preference. This gives you the illusion of a unique web design, right?

What is more, you can preview your site to see how the finished design would look. And, on top of that, these templates are quick to touch up and are low in cost. What’s not to like?

Well, you would be surprised. Let’s see what the cons of this method are. To begin with, the templates that are offered limit what you can tweak. Yes, you can change the colour palette, the images, the animations, and a bunch of other things. But there’s a limit to what you can customise.

Even though new templates come up every day, there’s always someone using the same one. And if you choose one of the popular ones, you’ll find that half the world is using them.

Opposite to this, when you choose to pay for a bespoke website, you can truly customise every single little detail. You can also rest assured that no one in the world will have a site like yours.

It’s pretty much the DNA of a website – it cannot be replicated.

The world of mobile apps

Nowadays, it’s nearly impossible to find someone in the World that doesn’t own a smartphone, and with this privilege, comes mobile apps. Even if the user doesn’t download any themselves, smartphones already come with pre-installed apps that serve many functionalities.

The top three ranking leaders of the mobile app market are iOS, Android, and Microsoft, respectively.

Like we mentioned before, apps are native, which means that you could find an app that’s only available for iOS and not for the other two. So, what about native and hybrid mobile apps? We would like to make a quick distinction between them.

The big difference between the two is that hybrid apps are developed on platforms that make the coding compatible for all available operating systems. Native apps are built specifically for one platform. Hybrid mobile apps are typically more popular among start-ups and small to medium enterprises.

How do I choose between developing a mobile app or a web app?

Well, the answer relies on your audience and your industry. You may want to start by asking yourself a few simple questions. The first and most important one is to know if your audience uses mobile apps or not. If the answer is yes, then congrats, you have a potential market.

Now let’s dig a little deeper to help you decide.

The next thing you should find out is how often does your audience use mobile apps, and if your app will benefit them in any way. Will your app use any of the phone’s features? Like the camera?

Also, you must know if the expected ROI (return of investment) is beneficial to you or not. Developing apps can be costly, so you must have an actual market.

When should I choose web applications?

Probably the main beneficial characteristic of web apps is that they can be accessed from any browser. You’re not limited to any specific platform or hardware per se. This makes developing them a bit easier, and it also allows a broader audience to reach your site.

Overall, you should choose web apps if your target audience is more inclined to browsers than mobile apps and if you are looking for an easier development method.

Comparatively speaking, you should factor in the pros and cons of both types which can be found listed below.

“All the relevant information about web apps and native apps to help you choose the right one for you.”

But wait… have you heard of progressive web apps?

Commonly referred to as PWAs, they were first introduced to the World by Chrome Developers Russel and Berriman. They are kind of the “in-betweeners” of mobile apps and web apps.

So, what exactly are progressive web apps?

As suggested, PWAs are web applications that were created to resemble native apps but on the web. This saves the user from having to install any software. Click the following link for some great examples of progressive web apps.

Progressive web apps have many benefits. They are faster than a normal website because they are more lightweight, which makes them independent from the user’s bandwidth network.

This is a revolutionary feature that should not be taken lightly because it even goes as far as to influence user experience. How so? Simply because the load time from PWAs and independency from bandwidth makes them more reliable than a normal web app.

Another issue that PWAs tackle very effectively is offering an app experience to the user without having to download the actual app. From many studies conducted over the past few years, we have learned that users are more selective of the apps they download and install to their phones.

What is more, many don’t download new apps for months, so, this can be an issue for app and web app developers. However, PWAs sidestep this issue by providing the option of using an online app to users without having to download anything at all.

Progressive web apps are also more cost-effective, which makes it easier to develop because they only use a single codebase.

Last but not least, progressive web apps can update automatically without any action taken by the user. This means that when a developer releases a push update, it updates the users’ apps automatically.

It may seem like an insignificant difference from native apps, but it’s not, because it allows developers to keep improving functionality without the user having to manually update constantly.

However, not all that shines is gold

Progressive web apps have downsides too, and we would not be impartial if we didn’t share them, so, here they are:

Final thoughts – which app should you choose?

Ultimately, it will come down to a healthy balance of what you want out of your app versus what your audience wants and needs. Do you want it to be both online and offline? Do you want to avoid manual updates? Will your app need access to hardware features like the camera or microphone? Furthermore, what are your goals for the app, and what will be the app’s main functionality?

These are all baseline questions that you will need to be asking yourself before launching into the endeavour of building an app. This is regardless of whether it’s a web, native, hybrid, or progressive web app. 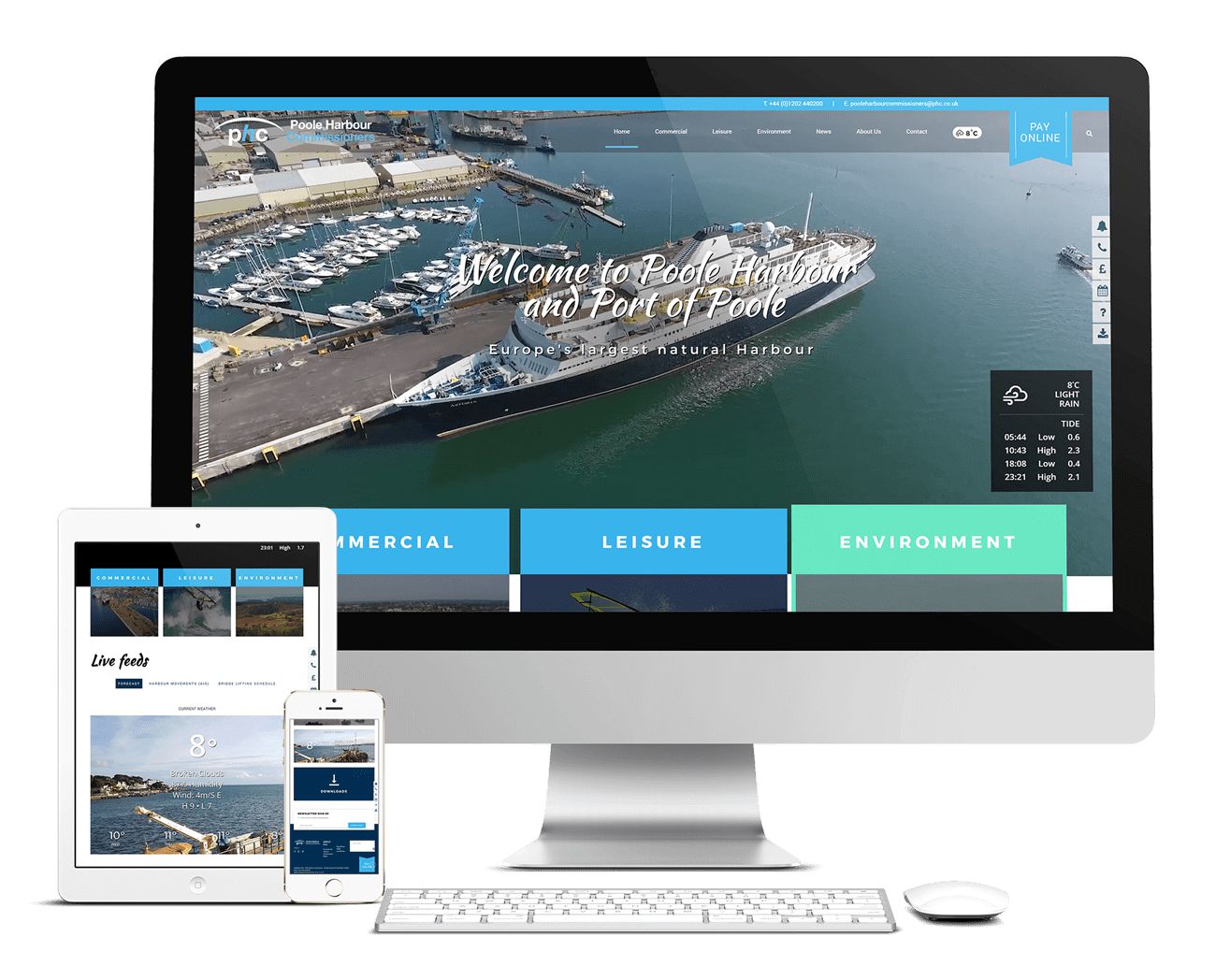 If you’re leaning towards an app that’s main function is providing an interactive experience for the user while requiring an internet connect, we suggest going a web app. If you need a little more usability than a web app, and you want to go the extra mile, we suggest going for a progressive web app.

Some of the best examples of successful PWAs are Lancome’s web app, Nikkei’s multi-page PWA, and George.com’s PWA.

Alternatively, if your app will need integration with external phone features like the camera or microphone, or even the GPS, then we recommend going for a native app.

A great example of a native app is Pokemon Go, which makes use of several external phone features like the camera and GPS to offer an augmented reality experience for the user.

So, there you go. You now have all the relevant information about web apps and native apps to help you choose the right one for you. Now it’s your turn!