World Expos go where there are big ideas and the ability to think out of the box. They are laced with tech wizardry, where countries showcase their abilities to tackle world problems. The history of such events dates back to more than 150 years ago when London organised the first display of cultural and industrial prowess; an event attended by 44 countries.

The World Expo 2020 will be held in Dubai starting 20th October 2020 and will conclude on the 10th April 2021. This is a momentous moment for the UAE as we are set to see a rapid growth in businesses. Located in Dubai South District closer to Al Maktoum International Airport, the Expo Site is strategically positioned to bring out the best of Dubai.

Dubai was selected as the host back in 2013, beating key competitors such as Russia, Brazil, and Turkey. Since then it has been preparing, and now we are just over a year away from the big event!

This is the first world expo ever to take place in the MEASA (Middle East, Africa, and South Asia) region.

The theme of the Expo is: “Connecting Minds, Creating the Future”. There are three subthemes, which are as follows:

The Expo’s officials explain that the theme recognises the need for cross-cultural collaboration to generate sustainable solutions to global problems. This is emphasised by the “Connecting Minds” aspect of the title. “Exploring the Future” is all about making use of opportunities. It entails unlocking all possibilities necessary to help others successfully contribute to the future.

What makes next year’s World Expo unique is that this is the first time it is being held in the Middle East. Previous North American, European, and Asian hosts will have to travel the distance to have a taste of the World’s greatest thinkers.

During the Dubai Expo 2020, you should expect to meet the best of the best technological, industrial, scientific, and artistic displays. This event brings together the biggest thinkers from all corners of the World as they seek to showcase their talents. You could look at the event like the World Cup, except that this time around, it does not involve football but rather innovativeness and creativity.

Unlike the World Cup which occurs every four years, expos like the one that’s taking place in 2020 occur every five years. They feature a lot of pavilions to walk around, cultural events to attend, and presentations to watch. By the time you are done with your day, you will have experienced what others have been experiencing elsewhere in the World.

If you thought that all past expos were peaceful and only involved technical displays, you would be mistaken. The Chicago 1893 Expo was a bit different. It was marred with tales of a serial killer – Doctor Holmes – who used to lure victims to a Murder Castle. He implemented gruesome killer techniques. Check out Erik Larson’s The Devil in the White City to learn more about this horrifying tale.

That’s not to say the same shall happen in Dubai. The city has received huge investment and boasts the latest security features along with a large network of security cameras. If there is one place that you can feel safe at night, it is Dubai. The security level is sure to be elevated even further in the build-up to Expo 2020.

“the 2020 World Expo in Dubai promises to be one of the biggest events yet.”

Can Dubai live up to expectations?

One question that many are wondering is whether or not Dubai is capable of successfully pulling off an event like the World Expo. Much of the doubt could be attributed to the fact that the Expo 2015 host, Milan, faced a lot of criticism over their handling of the event. One observer remarked that Milan “monumentally misallocated resources” in an effort to make a lasting impression.

Hosting such events can be quite a tough thing to do. There are tales of underwhelming experiences in an attempt to bring out the best of the set theme.

So, will Dubai be the latest city to fall foul of the same criticism levied at previous hosts? Certainly not. As a city, Dubai deserved its nomination and selection. The Gulf City state is reputable for its heavy investment in infrastructure and technology. When it comes to trade and transport infrastructure, the city easily scores maximum points.

Sheikh Mohammed bin Rashid himself has been at the forefront of making sure the event is pulled off successfully. He has on several occasions taken a helicopter ride above the Expo site to keep tabs on the progress of the development. Based on the site’s videos, it can be clearly seen that different districts are already well established. Plus, infrastructure work has been finalised on the following:

As of this year, over 40,000 workers have been allocated to the site to make sure that the project’s tight schedule is met. Both residents and management are ready for the event. They are leaving nothing to chance in an attempt to draw people to the Expo.

With a target of 25 million participants, Dubai has offered up its best game to ensure it is able to fulfil its own ambitions. The Gulf City state is well-prepared to accommodate as many as 145,000 visitors per day for the 173 days that the event shall be active. It’s safe to say that the organisers are incredibly optimistic.

a moment to establish a long-lasting legacy?

The Expo 2020 website states that it has plans to establish a wide-ranging and ambitious legacy. Besides bolstering the economy, the Expo will put Dubai on the map as the best destination for students, companies, and visitors.

The Senior VP of legacy development, Marjan Faraidooni, explains that a permanent city is being built in the South of Dubai. This will be central to the Gulf leader’s growth plans moving forward.

Companies are already seeing the benefits of setting up shop here. Siemens was the first to announce that it will establish its global logistics headquarters on the Expo Site by 2021. Many others are on the verge of doing the same.

As Dubai prepares to host this monumental event, its main goal is to bolster its position as the World’s leading business hub. But there is more to it than just earning international respect. This is an event that has enormous financial opportunities. It is estimated that it will add to the local community as much as AED122.6bn ($33.4bn) while creating 45,000 full-time jobs each year.

Consultancy firm EY affirms that every single investment that Dubai places in the 2020 Expo will prove beneficial in the long run. In an effort to paint a clear picture of the far-reaching impact of this Expo, EY created three categories of outcomes – ‘Impact within Seven Years to the Expo’, ‘Impact within Six Months of the Expo’, and ‘The Ten-Year Legacy Period’.

At this time, while we are still preparing for the event, it is estimated that about AED37.7bn gross value shall be infused into the economy. This is mostly due to construction activities. An additional AED22.7bn is predicted for the six months thanks to expenditure on business services, hospitality, and hotels. Then, of course, the ten-year legacy kicks in!

Out of the total AED122.7bn expected economic growth, some will come from investment in infrastructure and on the event itself.

The rest shall be from indirect activities fueled by the sudden boost of the economy.

Such predictions are welcome, especially at this time when certain segments of Dubai’s economy has begun to slow. As a matter of fact, had the Dubai Expo 2020 not gone ahead, many sectors of the economy would be much further behind and suffering from current economic pressures.

What inspires the Dubai expo logo?

The Dubai Expo 2020 is inspired by a ring that was excavated from a 4,000 year-old archaeological site at Al Marmum, Dubai. Sheikh Mohammed revealed the design in 2018, and it has gone on to captures lots of positive reviews.

Commenting on the logo, Sheik Mohammed said that it is a reflection of Dubai’s spirit of a deep-rooted civilisation. “We are a pot that will always gather civilisation and be a point of excellent innovations.”

The post-expo period is what has got many analysts talking. Whereas we are not sears or prophets to predict the future, there are generally two groups who attempt to explain what might transpire.

The cynics believe that after all this heavy investment, there will be a glut of property on the market which would eventually pave the way for a real estate bubble. Optimists, on the other hand, foresee a future where the Expo shall continue to bolster Dubai’s tourism sector, encouraging greater foreign investment.

Only time will tell what will happen, but if past case studies are anything to go by, the Expo is sure to positively impact the economy.

As we all look forward to the big day, Dubai has shown that it will be able to live up to expectations. The Gulf City state has not only financially invested in the event but also insisted on public participation. Residents in Dubai consider the Expo 2020 to be their moment of pride and are eager to make the most of it. 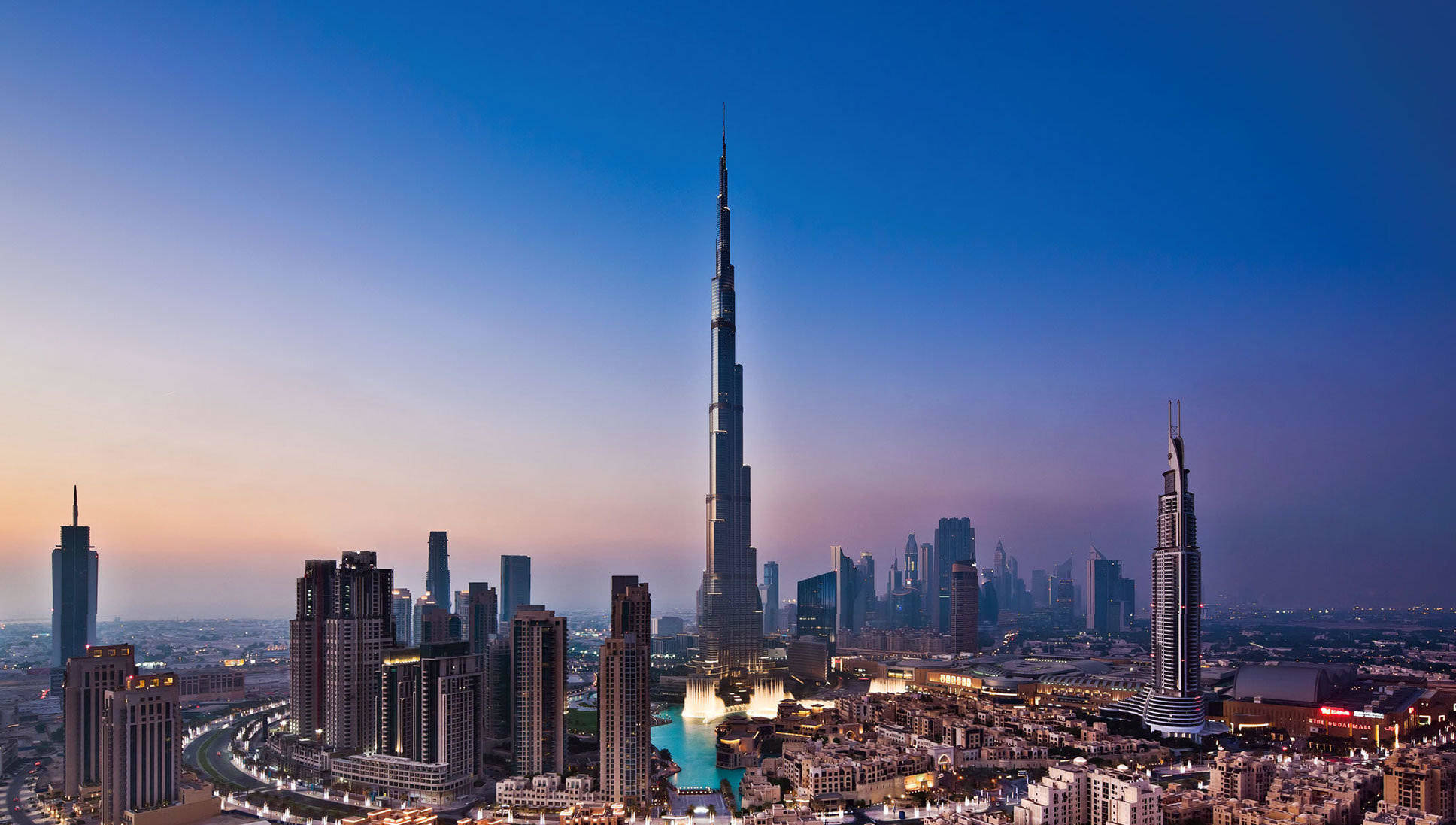 edirect welcomes the Dubai Expo 2020. We believe in innovation and the technological revolution that is well underway. The best Dubai website designers have been quick to commend the work that has taken place. Such work will surely make the 2020 Expo the best that has and quite possibly will ever be seen!