The UAE National Day celebrations takes place on the 2nd of December every year, and 2020 will be no exception. This year marks the 49th occurrence of such celebrations where we get to celebrate our Union Day. This is the time when the seven emirates joined to form the UAE.

To get a better understanding of the essence of these celebrations, it is important to have a little bit of background information to appreciate this wonderful day.

Prior to the formation of the United Arab Emirates, the UAE was referred to as the Trucial States. This represented several Sheikhdoms all the way from the Straits of Hormuz to the west and the Arabian Gulf.

Glamorous as it may be today, a couple of decades ago, the UAE was a vast desert hosting date farms, fishing towns, and indigenous nomadic tribes. The popular location of Abu Dhabi was made up of numerous barasti huts. Dubai was a trading hub, but transactions were not being conducted to the magnitude as we know today.

In 1892, the UAE became a British protectorate thanks to a treaty between the Trucial States and Britain. This meant that Britain would safeguard them against all manner of hostilities, both from land and the ocean.

As part of the agreement, the Trucial States lost the right to sell the land to any other country without seeking clearance from Britain. This relationship remained active for up to 150 years, ending in 1971.

In the course of the relationship, one of the most interesting developments was the discovery of oil in 1958. The first oil well was discovered in Umm Shaif. Soon, discoveries were made elsewhere and oil trading officially started in 1962. This uplifted the lives of the people in terms of quality healthcare, better education, improved infrastructure, hospitals, and better housing.

The Emirates started rising pretty fast under the guidance of Sheik Zayed, and the British could not handle it. Britain had initially intended to merge all the nine states into a federation but that proved to be a hard thing to do. Each of these states had varying interests and they couldn’t agree.

Furthermore, the discovery of oil wells in both Bahrain and Qatar further complicated matters. Each of these states formed independent countries and Britain lifted the protectorate in 1968.

The protectorate expired in 1971. Sheikh Zayed still believed in the power of unity hence he championed for the formation of the United Arab Emirates which included six emirates – Dubai, Abu Dhabi, Ajman, Fujairah, Umm al Qaiwain, and Sharjah. The six emirates adopted a federation constitution so as to achieve independence as the UAE.

The United Arab Emirates gained complete independence on December 2, 1971. That is why the National Day celebrations are held on this date. Two months after independence, Ras Al Khaimah joined the UAE to make up the seventh emirate.

names of the seven emirates

National Day is celebrated in all seven emirates. These are:

What holiday can be more important than marking the time when we fully became independent? For that reason, the UAE National Day is a public holiday. In 2020, these celebrations are set to start on 1st December as the Commemoration Day and extend all the way to the 3rd December.

The working class will get to enjoy a nice long weekend break so as to enjoy the festivities. The whole population will have a day-off given that it is a public holiday. Public offices, schools, and most businesses will not open on this day. However, you should expect to find open restaurants, shopping malls, and entertainment complexes.

“get a better understanding of the essence of these celebrations”

symbols to expect on national day

This is one of the most important day in our lives. To mark it, each of the seven emirates will display vital symbols that represent the country. You should expect to see buildings in green, white, red, and black colours denoting the UAE flag.

Some buildings will also highlight how old the UAE is or the exact year when the Emirate was formed. There are others that hoist images of national rulers. These can be on shirts, souvenirs, and other commercial products.

Over the years, some locals have chosen to mark the celebrations by decorating their car’s hoods with national symbols and colours. These are mostly the same colours that make up the UAE flag.

The UAE flag is made up of four different colours. Here is a breakdown of what each of these colours implies:

Red – Stands for our bravery, courage, and strength. It is also a symbol of the sacrifices that ancient people made so as to create a strong foundation for our union. When you see red displayed during the National Day, remember to reflect in admiration for all that our forefathers went through to safeguard the UAE.

Green – A representation of our green environment, growth, development, prosperity, and cultural integration. People who showcase specifically this colour on the 49th celebrations are proud of how far we have come as a people.

White – This colour is universally adopted as the colour of peace. In the UAE, it is a symbol of our peaceful nature and also the charitable contributions that we make for a better world. Promoting peace and honesty is something we all hold dear to our hearts.

Black – Shows how willing we are to stand united as a people, fight against enemies, and eradicate injustice from our society. We want to be an example to rest of the world.

Seven stars – Represents each one of the seven emirates.

Each of these colours keep the UAE residents happy and proud of the Emirate. Displaying them on National Day shows that you love the region.

One song you should expect to hear more on the 2nd of December or earlier is the National Anthem. The UAE National Anthem is often called Ishi Bilady which means Long Live My Nation. It was first composed by Mohammed Wahab.

In 1986, Ahmed Humaid Al Tayyer, the acting Minister of Education, tasked Dr. Aref Al Sheikh to write the lyrics of our national anthem in just three days. During a past interview, Dr. Aref said that he kept replaying the national anthem music as he waited for words to form in his mind. In deed this must have been an inspirational moment for him.

things to do on national day

Since you are likely not to be at work or school for two days during National Day, you might be wondering about the various activities you can get involved in. If you are like most people, you will be looking for an entertainment complex. Somewhere you get to enjoy the country’s vast attractions as you unwind from the tiresome busy schedule you have always followed.

Here are a few suggestions of the places you can visit on National Day:

This is the perfect opportunity immerse yourself in the country’s rich history.

At Etihad Museum, you will learn more about where we have been in the past, our culture, food, and general population. And the place is not just filled with opportunities for learning. The interactions with visitors from all over the world will leave you yearning to come back again. Visit the official Etihad Museum Website to have a look at the visiting hours.

Make sure that you use this opportunity to travel to Ajman. Some might think that this being the smallest emirate, there might not be a lot to do. This couldn’t be further from the truth. Ajman has exquisite sandy beaches and breath-taking wildlife. Furthermore, it is just an hour from Dubai.

One of the recently opened places is the Oberoi Beach Resort. So, if you want to be away for a night or two, make sure you start booking early. For those who would like to be more active, you might consider swimming in the 80-metre pool, playing some golf, or tackling the beach track.

Situated in vibrant Abu Dhabi, Al Wahda mall comprises of world-class activities and events that are sure to make your National Day special. Some of the entertaining engagements here include bubble soccer, mini golf, and National Day-themed exhibitions. Come as a family or group of friends.

If you are a rugby enthusiast, this is a perfect opportunity to immerse yourself in the sport. Put on your fancy dress attire and get started with Rugby Sevens crazy matches.

One thing about the UAE is that it has lots of expatriates. Thus, these National Day celebrations are not just for the locals but for everyone. Heritage villages are normally set all over the country where you get to explore different cultures. Make sure to check out those within your reach.

Would you like to experience mindboggling fireworks, festive activities, and live cultural performances this National Day? Al Maryah Island is the place to be for that.

Singing the National Anthem is a great way to awaken the patriotism in you. Head to the Global Village on Sunday at 9 pm and be part of a gathering ready to sing out the National Anthem. Typically, this event includes as many as 10,000 participants.

As you stroll along Boxpark on National Day, you are sure to come across several Emirati entertainers and dancers. This is not the only place with such dance performances. Be sure to check online for different venues for such activities – you will be glad that you did.

We hope this gives you a glimpse into our National Day celebrations. It has history, culture and meaning for our country. Enjoy the 2nd of December every year in the UAE! 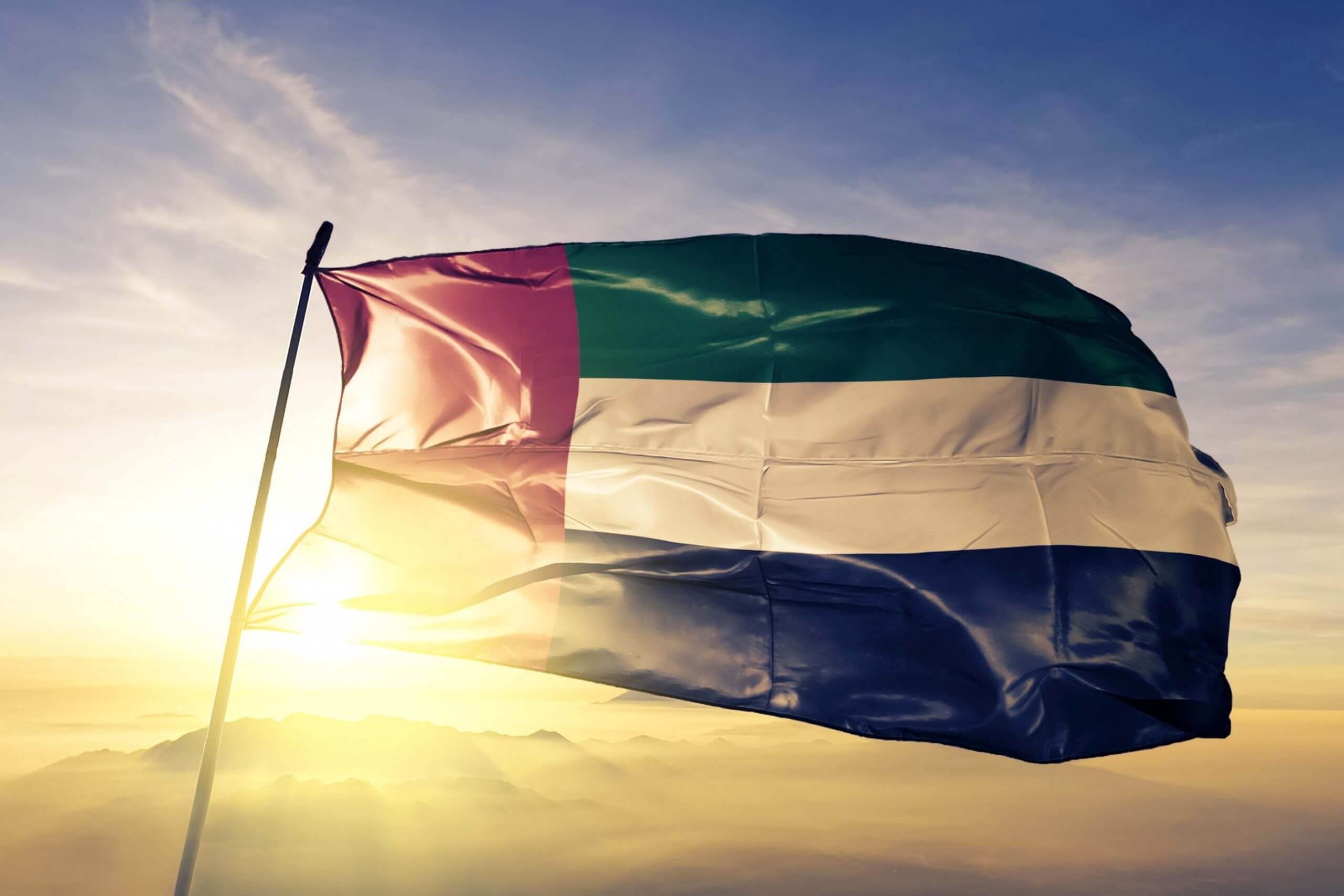